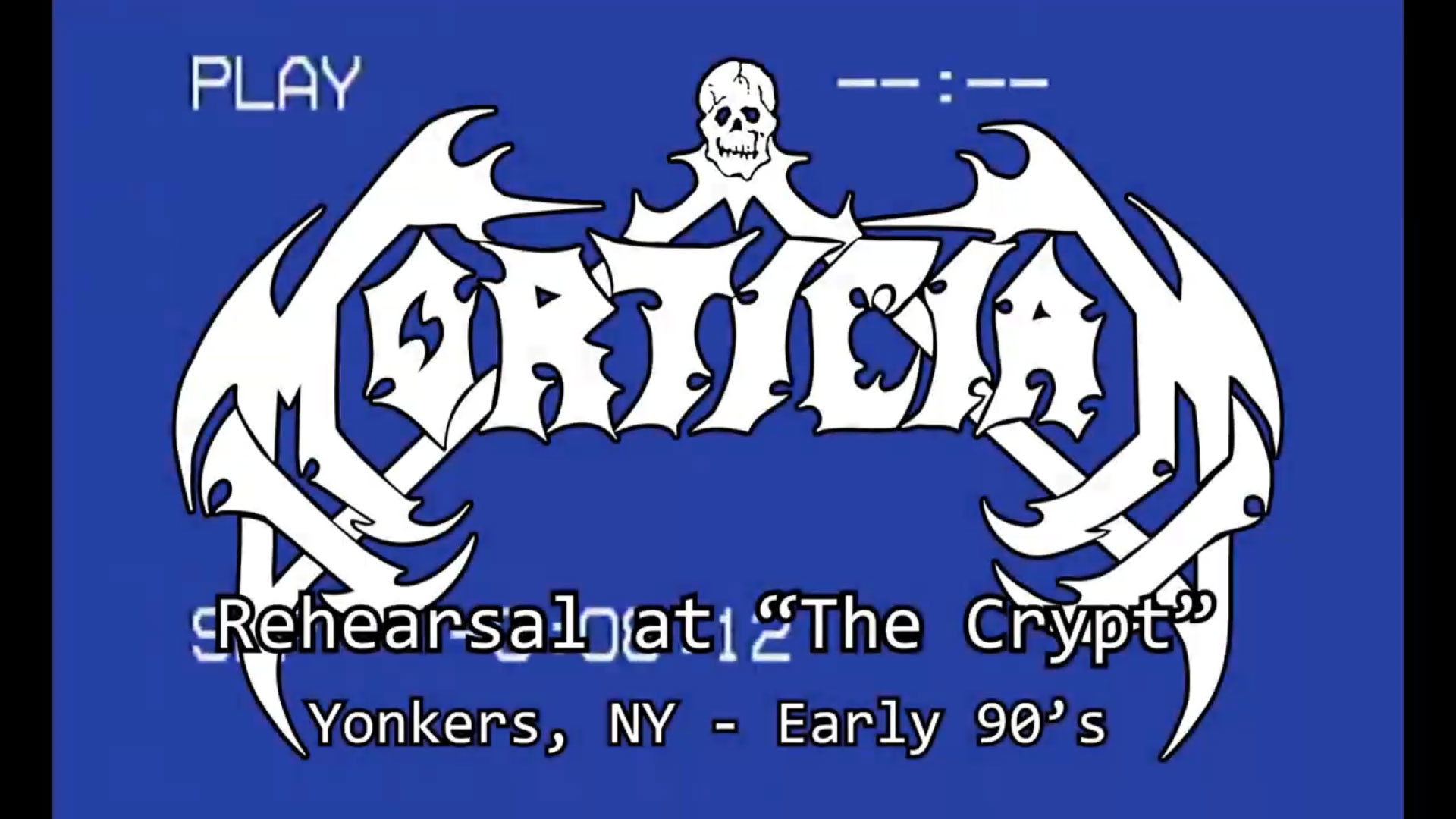 RARE! Just unearthed in 2019 Mortician Rehearsal from the early 90’s at my old studio and rehearsal place that I owned called “The Crypt”. Line up is me (Roger Beaujard) on guitar (a loaner Fender courtesy of Luke Carretta right after my old Ironbird died and right before I got the red Rich Bitch), Will Rahmer bass/vocals, and Mike Maldonado on drums who also played in what would become Primitive Brutality in the early years and was in Mortician for a minute around 1991-92ish best I can remember. This was filmed from behind the glass at the studio, audio is mono from the board, and It’s super raw! Really hope you enjoy it! Somewhere in an old box might actually be the multitrack audio from this jam but for now I just did a quick level and minor EQ’ing. The tape is rough in spots as it’s a decades old VHS tape that was in a box for the last I don’t know how many years (decades also probably). This is basically version 3 of the Mortician line up and is probably the best quality old tape from this particular era that I’ve found so far. There’s a bunch of classic Mortician songs on here including an unreleased track!!! Pretty sure it was a former Primitive Brutality song that didn’t make the cut for Mortician whereas Apocalyptic Devastation did (a few early Mortician songs/riffs came from the project that would become Primitive Brutality when I joined up with Mortician after the first year of the band. I really hope you people all dig it! You can support Mortician, Will, and I at the following locations. Thanks again and STAY BRUTAL!!!! \m/ \m/